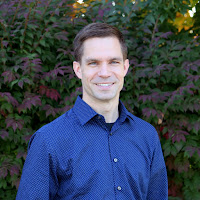 How did Pascal argue abductively for Christianity?

It might be helpful to begin with an explanation of “abductive reasoning.” No, it doesn’t have anything to do with kidnapping. It actually describes a common process whereby we arrive at conclusions every day. When we see a broken window and a baseball sitting among the shards of glass, we conclude via abductive reasoning that someone hit or threw the baseball through the window. Abductive reasoning asks, “What theory best explains the data we see?” Pascal is doing something similar in his argument for Christianity. He looks at the data of paradoxical human thought and behavior and asks: what theory (e.g., theological framework) best explains this data? He observed that humans crave for greatness but are unable to achieve it; and, moreover, they are exacerbated in their misery by the very idea of greatness of which they cannot rid themselves. What other theory, Pascal asks, can provide a more satisfactory explanation for these paradoxes than the explanation found in Christian anthropology—that humans were created for greatness (a relationship with God), but have fallen into misery because of their sin? Once this anthropological explanation is established, the other components of Christian belief come with it.

Your Philosophia Christi article makes the point that the doctrine of the imago Dei never surfaces in Pascal’s Pensees. Why is that, and what might that tell us about Pascal’s approach?

What we call the Pensées (French for “thoughts”) is actually a collection of fragments, some of which Pascal probably intended to turn into complete book, a defense of the Christian faith. Since he died at age 39, Pascal never finished this project. However, throughout the Pensées, it becomes apparent that he had a particular audience in mind—the sophisticated, self-satisfied skeptics of 17th-century Paris. In light of his intended audience, an appeal to a biblical concept (such as the doctrine of the imago Dei) would have made little sense. Even if Pascal had considered the relevance of the doctrine of the imago Dei, he probably would not have included it. This is because he wanted to focus on exposing the existential vulnerabilities of his readers by exegeting their perplexed minds and hearts before he exegeted Scripture. Thus, Pascal takes an anthropological approach to apologetics, occupied more with psychological analysis rather than theological exposition.

What does a doctrine of the imago Dei ‘do’ for Pascal’s ‘Anthropological Argument’?

How did you come to be interested in Pascal’s argument?

I had read snippets of the Pensées, but I was especially stirred by a description of it given in Avery Cardinal Dulles’ History of Apologetics: “With extraordinary psychological insight Pascal dissects the nature of man, showing both his nobility and his wretchedness. He shows the paradoxes of the human situation, man’s foolish pride and vain imaginings, his weakness before the wild powers of nature.” This, among other things, prompted me to read the Pensées for myself. As I did, I was impressed with two things. First, Pascal’s description of the human condition left me feeling personally exposed. I felt he was shouting truths about me I hardly dared whisper to myself. Second, Pascal’s writings are decisively and radically Christocentric. Throughout the Pensées, he insists that Jesus Christ, as the God-man who wrought atonement for humanity, is the only solution to the miserable condition brought about by human sin. I found my heart stirred to more deeply adore Christ as my Savior. I decided I could not ignore such a powerful case for Christian belief.

Have you found fruitful ways to apply Pascal’s reasoning in the context of a sermon? If so, how?

People are generally in tune with their own feelings, but they often don’t know how to interpret them. Showing them—whether believers or unbelievers—a theological explanation for their longings for greatness and feelings of misery opens an unexpected way to present the gospel. Sometimes, when addressing to unbelievers, I will say something along these lines: “Don’t you feel within yourself a void that nothing else can fill? A craving for greatness you can’t achieve? If so, have you tried to obliterate that longing? Go ahead. Try it. You can’t; for even in trying to erase it, you’re admitting it’s still there. There’s a simple explanation for this: God has put that longing in you because he created you to be so much more than you are now. He created you to enjoy a relationship with him, which is possible only through faith in Jesus Christ.” Pascal’s technique was to make skeptics hope that Christianity could be true, and then demonstrate that it is indeed true. It involves understanding the twists and turns of the human heart, which Pascal has helped me do in my own preaching and pastoring.

When you think about Pascal’s anthropological reasoning in the context of 21st century cultural conditions (at least in North America), do you find the plausibility of Pascal’s argument to be mostly strengthened or weakened?

I think that Pascal’s argument is actually more relevant now than ever before. And there are specific cultural reasons that make me think this. For one thing, Pascal points to his contemporary Parisians’ passion for entertainment as evidence that they are trying to suppress their feelings of boredom and misery. The fact that they simply cannot sit still and enjoy themselves, but instead are always occupied with a frenzy of activities (for example, gambling, playing tennis or golf, or pursuing love or politics) argues for the conclusion that they are deeply unhappy and cannot rid themselves of the desire to be happy. I think the same is true for 21st century Americans, but to a heightened degree. Through technological innovations (smartphones, movies, virtual reality, etc.) we are pushing the boundaries of what it means to pursue entertainment, diversion, and distraction. Meanwhile, we haven’t found any deeper happiness. I believe, with Pascal, that the louder we turn up the decibels of distraction, the more we will hear our cries of misery. We cannot outshout our wretchedness. Another reason I believe our culture is ripe for a Pascalian approach to persuasion is that our culture is increasingly rejecting a modernistic approach to epistemology—an approach Pascal never embraced. Whereas Descartes believed that a person can arrive at certain knowledge via pure reasoning, Pascal took a more chastened view of human reason in favor of “the logic of the heart.” This does not mean that he eschewed reason (as people often misunderstand him). It does mean, however, that he took seriously the noetic effects of the fall. Unbelievers are intractably repulsed by the offense of the cross, and proofs for Christianity may actually harden them to the gospel. In our postmodern context, therefore, I believe that a Pascalian approach would be more fruitful, in that it seeks to commend the Christian faith, not only in its rationality, but also in its goodness and beauty.

What other work would you like to see done by Pascal scholars and Christian philosophers/apologists engaging Pascal?

What books do you enjoy reading on Pascal and the topics of his Anthropological Argument (or at least those you have found resourceful)?

Nothing replaces reading the Pensées for itself. Beyond that, I would recommend reading Peter Kreeft’s Christianity for Modern Pagans (which is a “festooning” of Pascal’s Pensées), and Douglas Groothuis’ 1998 JETS article “Deposed Royalty: Pascal’s Anthropological Argument.” An adaptation of this article appears also in his 2011 book Christian Apologetics: A Comprehensive Case for Biblical Faith. Besides Groothuis, few others that I am aware of have seriously explored this aspect of Pascal’s work, which I believe deserves more attention among Christian apologists.

For as low as $25 a year, sign-up today to be an EPS member (includes print copies of the journal, access to annual and regional meetings, opportunities to present conference papers, and more!).

Want to receive a digital only version of Philosophia Christi? Special EPS member and non-member pricing and access is now available for individuals via the Philosophy Documentation Center, with over 900 pieces of content to browse and search!